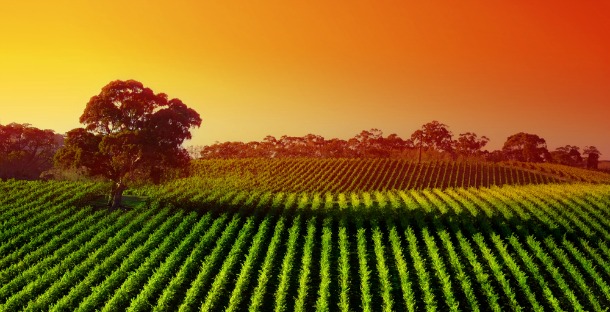 Secret Gems You Have To See: The Non-Touristy Guide to Tuscany

Tuscany is filled with many incredible, iconic places to visit. You can roam the city streets of Florence or take in the leaning tower of Pisa. Spend your days in the rolling hills of the Chianti region sipping wine, and enjoy exquisite al fresco dining in the evenings.

However, if the traditional touristy trip doesn’t appeal, there are plenty of secret gems hidden throughout Tuscany. Here’s the non-touristy guide to things you have to see in this beautiful part of the world.

The Abandoned Villas of Tuscany

There are plenty of beautiful Tuscany homes and villas for you to stay in during your trip to this scenic part of Italy. But did you know that there are also mysterious, abandoned villas that you can explore for a one-of-a-kind walk through history?

Villa Sbertoli is just one of many vacant manors in the Tuscany region. Many of the empty mansions throughout the country are leftover from the Revolutionary Wars of the late 1800s. While the idea of inheriting a beautiful estate may seem like a dream to visitors, it’s a nightmare for families who have been unable to afford the upkeep or taxes on these incredible properties.

Villa Sbertoli was once used as an asylum. It has retained its Renaissance inspired interior decor, boasting ornate trim, incredible paintings, and a haunting emptiness that offbeat explorers will love.

Secrets of the Medici

The Medici dynasty was a family that ruled over Tuscany for hundreds of years, dating back to the 1400s. Throughout Florence, you’ll find echoes of their rule with many buildings still attributed to their legacy. As with any ruling family, there are skeletons in their closet that weren’t discovered until years after their rule came to an end.

In the Medici Hall of Maps, you’ll find 54 handpainted maps from the Renaissance era, surrounded by hundreds of other paintings from the time. The room also features an enormous metal sphere that has been weathered throughout the ages. During the heyday of the Medici dynasty, this heavy globe was constructed to spin with the slightest touch.

Down the road, you’ll find the Medici Chapel. Within that chapel, you’ll find a secret chamber where Michelangelo once hid during the political turmoil in Florence. Michaelangelo was a patron of the Medici family, and often completed commissioned works for their luxurious halls.

While hiding in the secret chamber, Michelangelo passed the time by sketching on the walls using the charcoal he had with him at the time of the attack. These went undiscovered until the 1970s, nearly five hundred years after the fact. You can see these with special permission at the Basilica di San Lorenzo.

The Oak of the Witches

Pinnochio is a classic story with Italian origins that has been passed along through generations. Author Carlo Collodi was inspired by his favorite writing spot, the Oak of the Witches.

This 600-year-old tree stands out amidst the beautiful natural elements that make Tuscany so iconic. With twisted black branches, the Oak of the Witches grows horizontally rather than vertically, giving it a fairytale-like aesthetic. Legend says that this oak tree was where ancient witches would perform their rituals and magic, dancing on the branches as they chanted. These actions led to the deformation and dark appearance of the tree.

The tree, also called “The Oak Tree of Pinocchio,” was named a national monument in 2012. At almost 80 feet tall, the foliage covers 120 feet around the base. Visit this tree and learn the history of the area at Villa Carrara in San Martino.

For an authentic travel experience to Tuscany, get off the beaten path, and be open to visiting some of the lesser-known attractions. You never know if you might discover the next hidden chamber of Michaelangelo or fairytale forest. Asheville – a great place for a doggie adventure!