A taste of the Edinburgh Fringe Festival

The Edinburgh Fringe Festival is the world’s largest art festival, with more than 2,800 shows. With so many performances each year, it can be difficult to narrow them down. Every performance offers something spectacular that will touch you in one way or another, whether it’s to brighten your day with a laugh or touch your heart with an amazing story. So, while it’s hard to pinpoint just a few of the performances that stuck with us, here are three that can give you a taste of how an amazing of a festival this really is.

Rod Woodward has a true gift and proves time and again that he can deliver, regardless of his audience. Woodward, shows that true talent can create a connection between the performer and the audience. He has won numerous awards and his mix of comedic styles, from the traditional to the alternative, has won the hearts of audiences, whether he was performing in a cabaret environment, a theatre or at a business event.

Woodward feels that it’s his unique approach to comedy that has garnered him so much acclaim but we feel it has more to do with the care and respect he shows his audience. He doesn’t merely regurgitate material at every show. It’s quite clear that he plans in great detail for each occasion, offering something new to his audiences, regardless of whether he is delivering a speech at a corporate event or doing a show at the Edinburgh Fringe Festival.

Francesca Martinez: Motivation Is the Name of Her Game

Francesca Martinez knows how to motivate people, as proven by the fact that she was nominated for the UK’s Motivator of the Year award. An Ambassador of the London 2012 Olympic games, she won the Fringe Media Network Award in 2011. However, it’s not all these awards that made us think of her. No, it’s her absolutely electrifying show that has made her an international star.

And, seriously, how can you not be motivated by a woman suffering from cerebral palsy who prefers to refer to herself as being “wobbly” and hasn’t retreated from life but has taken it by storm. She can make you laugh and cry and realise that your life might not be quite as bad you think. She is a true inspiration and we are honoured to have attended her performance.

Omid Djalili: Actor and Comedian with a Heart of Gold

Omid Djalili can turn even the stuffiest event into a barrel of laughs, which is probably why he is so sought after for various corporate events. Not to say that all corporate events are stuffy. But, let’s be honest, they can get rather boring. However, with Omid Djalili in the house, boredom is not going to be on the menu.

The funniest Iranian stand-up comedian in the UK, Djalili has made his mark not only in the UK but across the world. He has performed from the US to Australia and pretty much everywhere in-between. He has done extensive work for charity and is also an acclaimed actor, playing in such blockbusters as Pirates of the Caribbean III, with Johnny Depp and Keira Knightley.

As we said, it’s hard to choose just a few of the Edinburgh Fringe Festival performances that stuck with us throughout the years but these performers certainly offered us some great moments that we look back on fondly.

Kate Healey is a keen follower of and writer about comedy influences from around the world. Does Devon have the best food and drink in the UK? 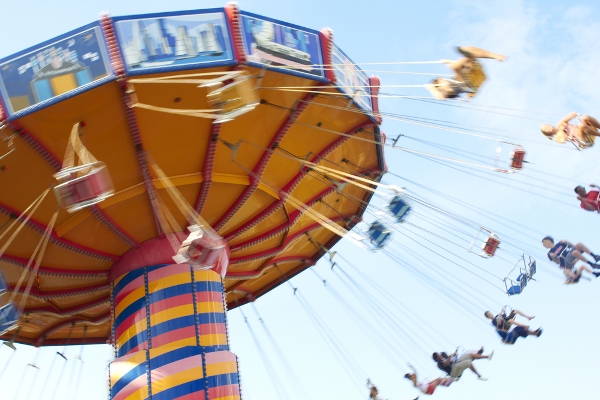